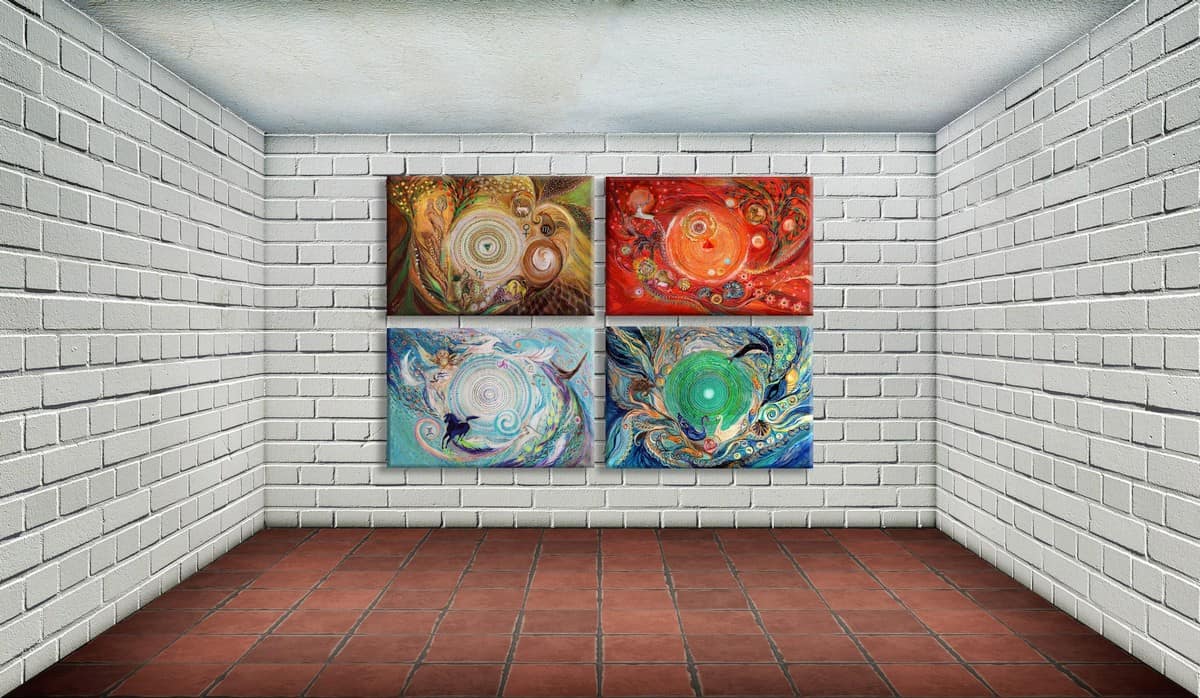 Over the years, I have gathered an encyclopedia of symbols and hundreds of mystical and ethnographic symbols from cultures from all corners of the globe. I’ve categorized and redesigned them in a consistent and modern style.

While symbols were the foundation of written language, a separate background exists wherein symbols function more closely to how we think of them at this point. The ancient symbol serves essential purposes such as describing, identifying, and making value.

Symbols and ancient philosophy hold a compelling attraction for us. Even in an age wherein materialistic perspectives rule humans, though, many ancient symbols like the YinYang, Ankj, pyramids, American Indian design, and many other ancient symbols are relatively popular in modern interior and modern Israeli art. Why do ancient symbols continue to be a vital part of our society, even to the extent that artists use them in designing logos, contemporary wall design, paint arts, wall arts, and many others?

We are aware of ancient symbols from the period of the Romans and the Greeks. Back then, people believed symbols were conceptual. A crocodile symbol, for example, was considered to represent evil, while a hawk represents swiftness. This is seen as a divine type of writing showing wisdom and thought of a gift from the gods. Today, other new theories develop ideas in which the old symbols might be pictorial rather than sacred and which these symbols were phonetic instead of conceptual.

From coats of arms to twisted knots, how mythical shapes and heraldry are turning up in modern Israeli art. What does it all mean? Immersed in history, ancient symbols are a rich seam for contemporary wall design experts looking to provide meaning to the interior. The labyrinth, twisted knot, triangle, and chequerboard patterns are among the ancient symbols turning up in stylish furniture, lighting, wallpaper, and contemporary wall design. Maybe popular culture’s charm with mysticism in the likes of Lord of the Rings, Harry Potter, and Game of Thrones is having an impact on our homes.

In Modern Israeli art, an ancient symbol is normally a solid, recognizable thing, an object, a plant, an animal, a shape, etc.- which stands for something which would be difficult to show in a sculpture or in a picture, for instance, an idea or force of nature.

Symbols also stand for somebody’s whole story. Israeli artists used these symbols to represent the stories in their contemporary wall designs. And only to make things complicated, they have utilized these characters and just about all the ancient characters as symbols themselves to stand for something else. One good example of contemporary wall design in which ancient symbols and philosophy were adapted is the Four Mandalas Air-Water-Earth-Fire.  This is a remarkable modern Israeli art in which the symbols are well-used, thus making it look vintage but with modern style.

How Artists Use Ancient Symbols in Contemporary Wall Design

Human cultures utilize symbols to show particular ideologies as well as social cultures and, at the same time to represent aspects of their particular culture. As a result, these symbols carry meaning that depends upon the artists’ cultural background. As a result, symbol meaning isn’t inherent in the symbol itself but is learned culturally.

In general, modern Israeli artist uses ancient symbols in contemporary wall design not only to make it stunning but to remind us of our invisible part. These symbols remind us that we are human beings, and in most cases, if they are rendered wonderfully and delightfully, they are able to inspire us.

If you want to dress up your home interior and want to set it apart from the rest, I highly recommend a contemporary wall design with ancient symbols. This will bring back the old days.