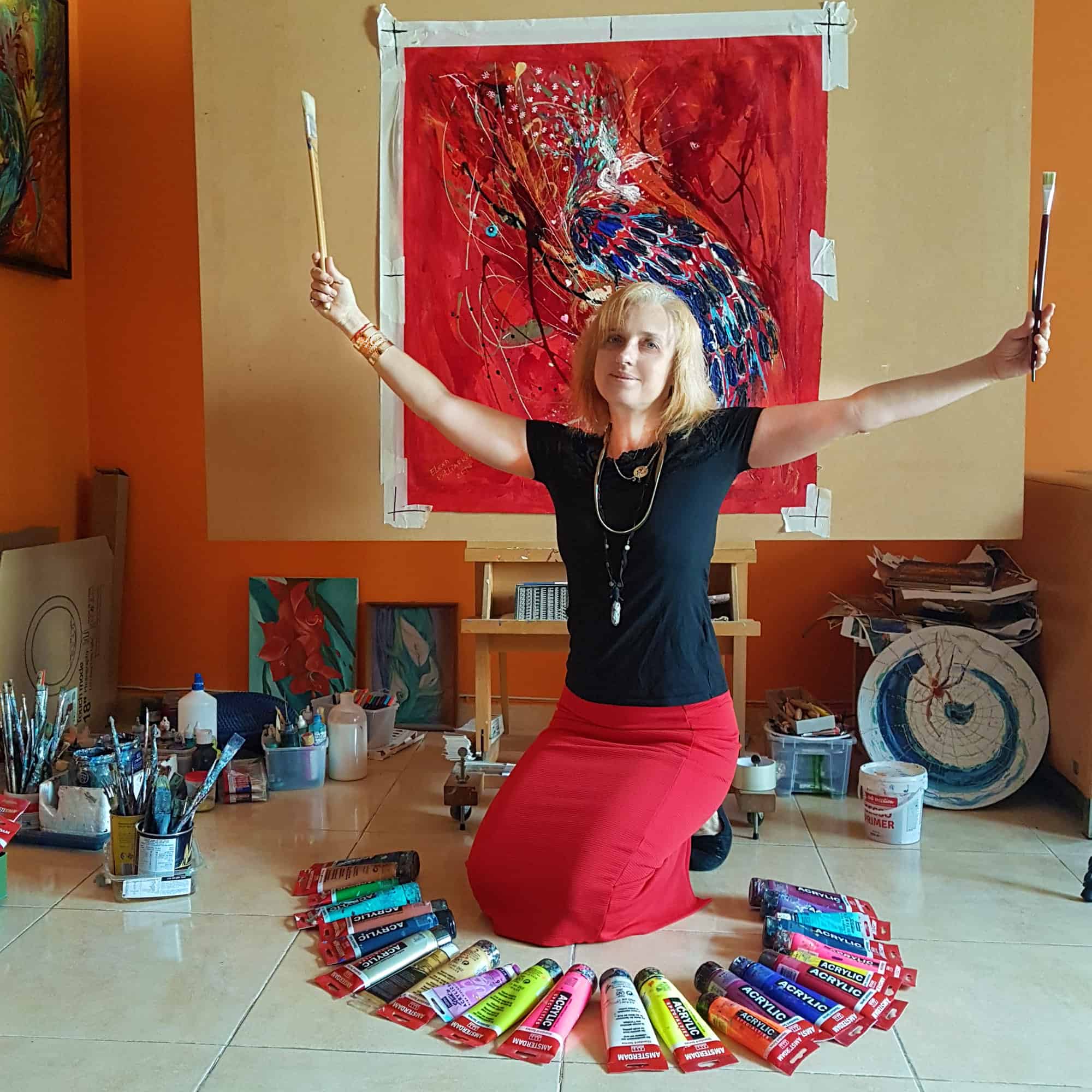 Angels have featured prominently in art for centuries in many forms. This piece in my Angel Wings series- entitled Duality of Truth- I have my own take on the ethereal beings in line with Jewish mysticism.

Angels. Who are they?

It is not the classic approach to angels in art – but rather a symbolic look at what they represent, combined with a play on color symbolism and what it means to me. This work is a bold, vibrant piece that commands attention and has layered meaning for viewers to consider.

First, I want to discuss how I depicted the wings. At first glance, they take the form of a peacock- with the instantly recognizable blue and green hues of the beautiful bird’s feathers. Peacocks are a symbol of love around the world- something I associate with the idea of spirituality and angels in general. There is a second wing in bright golden tones: a more ethereal take on the same shape. The combination of the two speaks to how angels and what they represent can take on many forms- including one of nature’s most impressive creations.

Why red and black?

The peacock-like angel wings sit on vibrant red background with slashes of black in the center. In the world of color, the symbolism of red is well-known to represent strong emotions such as love and anger- as well as being the color of power in Jewish mysticism and many other religions and cultures.

Black and red together evoke a feeling of danger and excitement- even aggression. The addition of black pulls the viewer toward the darker connotations of the symbolism of red- which contrasts with everything the peacock represents. It is fitting in this series, as the duality of truth speaks to how things that do not seem to fit together often work hand in hand in this world.

The love and kindness represented by peacocks and angels can live alongside the stormy, passionate emotions of humankind, and it is the balance of the two that leads to true living at its peak. To solidify this message of duality, two doves- the most famous symbol of peace- nestle together near the top of the image- showing that harmony can be found when we achieve the equilibrium between all our strongest emotions- something that spirituality and faith can help make possible.

Duality of Truth is a celebration of the range of what human beings feel and experience, and how they often intertwine in ways we could never expect.
The original painting has been recently sold to the buyer from Netherlands and now this piece is available as XL canvas print with 15% discount

Show this piece at my online store