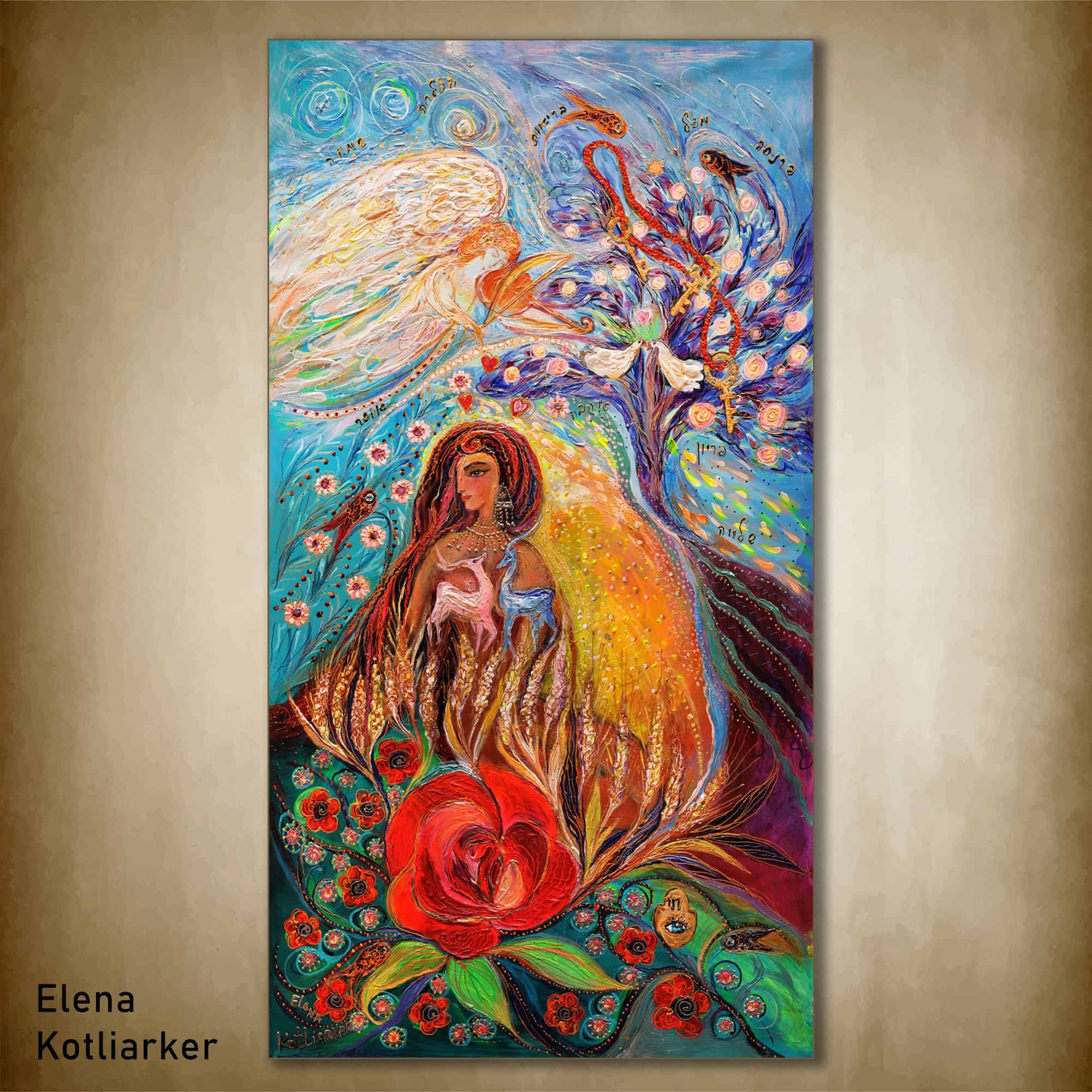 In the right panel of this triptych, the mystical elements of these tales are championed. The first thing that makes this panel stand out from the other two-thirds of the painting is the different use of color. Unlike the left and middle panels, which use bold shades of primary colors, the right panel takes a softer approach. Although red, yellows, and blues remain very much the theme, the tone is almost water-colored- opting for aquamarine, pink, and a vibrant neon yellow.

Two deer are the first things that draw the eye as they are almost central. Deer appear in a lot of Jewish art and feature in much of the Mediterranean folklore. Another bold image that has appeared in Arabic culture since ancient times is the rose, which is depicted in a deep blood-red at the bottom of the image. It is known as the flower of heaven, which ties in with the angel hovering above the woman in the middle of the panel.

Like both of the other panels in this emotive fairytale triptych, goldfish and the Nazar eye appear subtly around the main image. What makes this panel feel particularly fairytale-like is the juxtaposition of the underwater colors and the earthy nature imagery. The bottom half of the painting uses dark tones, which flow upwards into the vibrant light blues, yellows, and pinks at the top.

This panel feels the happiest of the three, perhaps to depict the lighter side of Mediterranean folklore and ancient middle-eastern mythology.