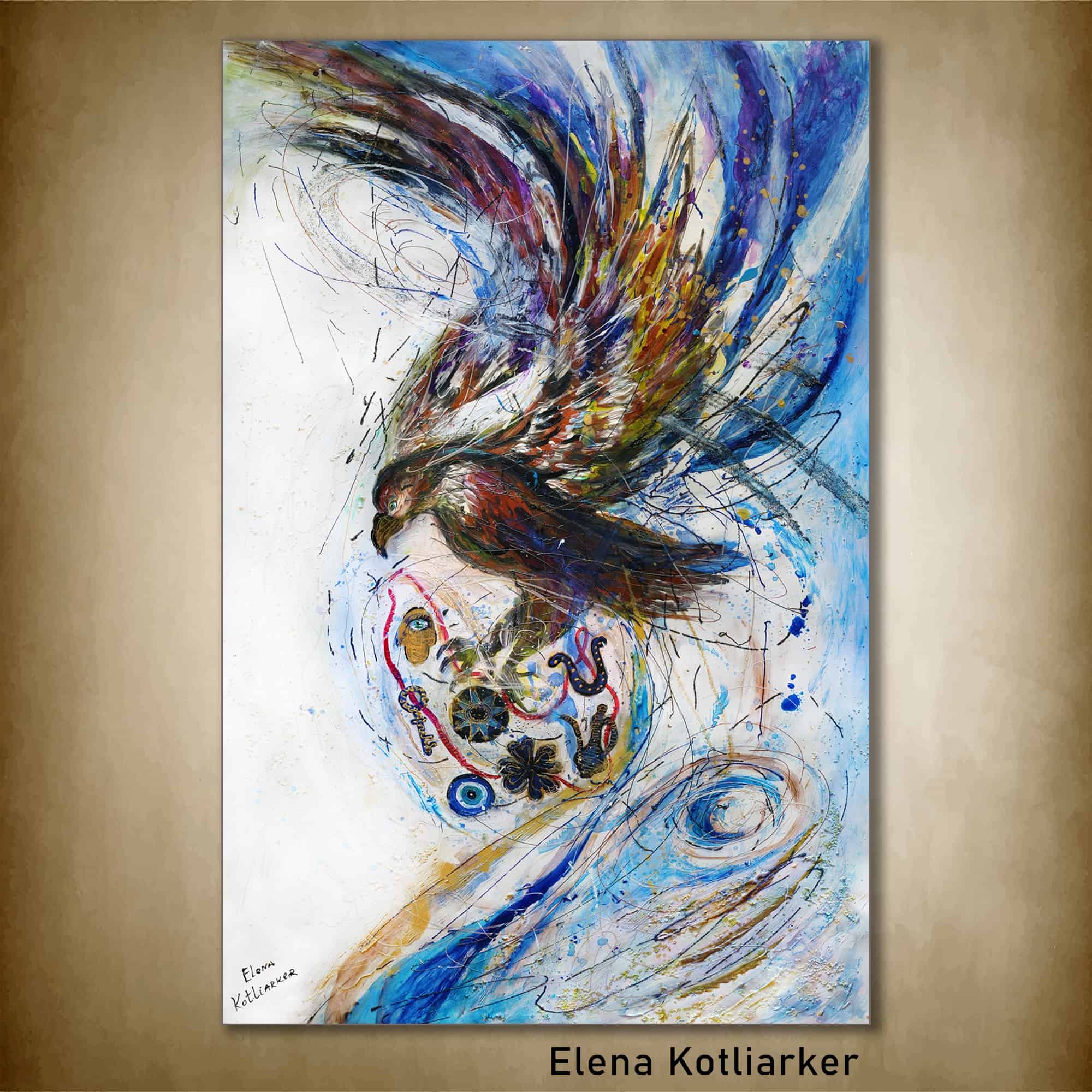 Numerous cultures view the eagle as the king of all birds, and some still believe in the power of its spirit animal. The eagles commonly symbolize many things, including loyalty, freedom, truth, hope, fortune, and the divine.

In Feng Shui, the eagle is both a symbol of success and good luck. People use it to lead a fruitful professional life. However, the best way to exhibit the eagle to encourage a successful business is by placing a painting of it soaring with its wings spread near the workplace.

The Eagle is an original painting from my “Life Totem” series, which personifies eternity, cosmic rebirth, and majesty. It depicts a soaring eagle holding multiple symbols of good luck and fortune in its claws, including: